This is a text widget, which allows you to add text or HTML to your sidebar. You can use them to display text, links, images, HTML, or a combination of these. Edit them in the Widget section of the Customizer.

“I thought about becoming a communist. A funny sort of communist who would have put everybody, especially the people, against the wall

A brief side trip, before we return to Lewis. I read Pierre Drieu La Rochelle’s “Secret Diary”, his last testament written before he committed suicide rather than be captured and tried by the French Resistance. A respected author before his self-administered cancellation, La Rochelle was, like seemingly every interesting French intellectual, a former member of Action Francaise. From there he gravitated toward other fascist groups, eventually becoming a collaborator with the occupying Nazi government. La Rochelle is perhaps one of the”Red-Browns”, as hebelieved that it was fascism, rather than the Dictatorship of the Proletariat, that was the transitory state before true socialism.

La Rochelle is a fascinating figure to me. I’m fascinated by the those Pan-Europeanist mutants, like Thiriart. “Nazi-Maoists”, the totally compromised and disavowed, eccentrics, Gladio agents, walking contradictions. He affirmed the collaboration and the resistance simultaneously like the National Bolsheviks that strike a pose in which they support both the gulags and those imprisoned inside them.

Until the “Secret Diary” I’d read only a few articles on him on Counter Currents or some other site I end up trawling when I’m feeling intellectually/spiritually masochistic. Encountering his writing directly in the “Secret Diaries” I was pleased to find that his writing was as arch, literary, and snobbish as I’d hoped.

Oh, the profound, intimate enjoyment, the sheer delicacy, the grace of those last months will never return. ‘I lost my life gracefully’. And yet I was gaining it, saving it. I had come to treasure it.

Everything was order and sensuality. The silence was that of the lodgings of Poe and Baudelaire. The sensuality of utter deprivation. Everything concentrated in a minute.

What’s the significance of La Rochelle, to me, at least? Three things, I think. It may be less. The first is the attraction-repulsion to the idea of the monstrous dandy. He was a collaborator and so is marked forever. Cigarette dangling, jaded eyes, cat in lap. Despite associating himself with horror and murder he “displays, discreetly but firmly, a sacrilegious indifference.”

Sontag notes in her essay on fascist art that the black uniform of the SS the intrinsic right to kill. It provides the air of beauty and superiority that serves as an unspoken license for atrocity. The dandified Nazi collaboration author has that, the cigarette and look of disaffection his uniform. The glamour of a bad reputation, of being terminally disavowed. He’s aware of that glamour and seeks to cultivate it in his final testament.

Like Mishima, another gay fascist aesthete, he is craving execution yet will inflict it on himself with his own “gratuitous suicide” (quoting La Rochelle and Kojeve at once). Kojeve also said that a revolutionary is only a revolutionary if the state they resist will put them to death. Death is the proof of their seriousness, of the incompatibility of their ideas. Death seems the ultimate proof of everything to La Rochelle as well.

La Rochelle asks to be a revolutionary, to deserve death, simply by position, without any action beyond stating his preference and association.

I did not want to be an intellectual who prudently measures his words…No, one must assume one’s responsibilities, join impure groups acknowledge that political law which obliges us to accept contemptible or odious allies. We must dirty our feet, at least, but not our hands. And this is what I did.

He dirtied his feet writing articles for Nazi-backed papers. He agitated for European unity under a fascist flag to establish a unique European Socialism distinct from Bolshevism and free from Anglo-American capitalism. The introduction to the “Secret Diary” notes that he at the same time attempted to rescue friends wanted by the Vichy government, and successfully helped some escape the country–even as he wrote in his diaries of a scorn for everyone he knew.

This contradiction humanizes La Rochelle, but makes him far weaker than he would like to be. He wanted to be above, so high above, without a human subjectivity–one with history, with the occult forces he felt ran through the world (he read the Upanishads, occult texts, the Bible, Hegel). 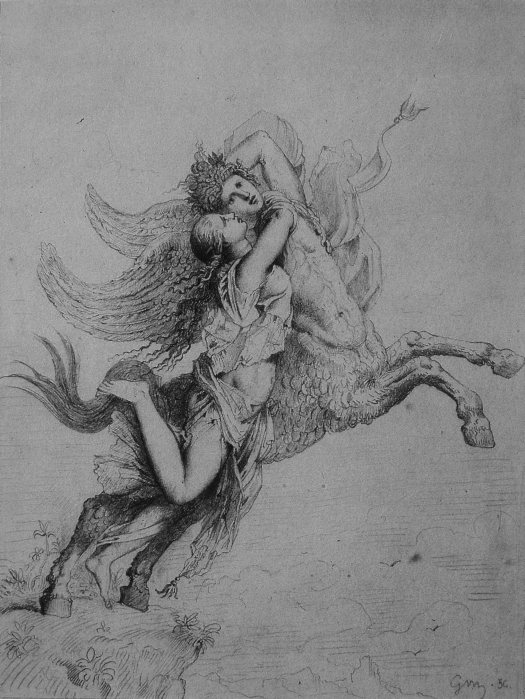 The second reason La Rochelle fascinates comes from his repeated idea of politics as a posture that must be taken if one is to get the tiniest glimpse of totality. His posture was to dirty his feet but not his hands. His only acquiescence to the physical nature of struggle is to stand, to position himself in the muck and so dirty himself. Pig shit. “The people are vulgar. God is a Fascist” (Brecht). The mob is disgusting but he wants to be with them, to be dirtied by them (His homosexuality and misogyny mingle here when he describes the crowd as a woman in search of a man to dominate her).

A socialist without egalitarian feeling, he favors a phantom of left-wing fascism that never was but that he can feel, coursing under the skin of Europe. He collaborates with the Nazis so that he can be among “the herd, sweating with fear and hate”. To escape into reality he seeks fascism, death, and the possibility of being swept away.

The herd is reality. Physical and demanding, they trample the romantic solitude of nature and force La Rochelle into a deeper solitude of anonymity within a mass.  La Rochelle is too much of a 20th century man to maintain the total aloofness of a real dandy. The dandy’s tics and gestures hide an antique “puritanism” that he scorns. They are afraid of dirt. They cannot stand the dirt and oil from the mobilized peasants and workers of Europe.

World War One gave him his first experience of disappearing into a mass. Despite his isolation and his introspection he found that he could feel a chance to think thoughts that were not his own. The annihilation by numbers is contrasted with his daydreams of perfectly composed women, rooms, and states where peace is pressed into the earth with as all the impossible force imaginary armies, judges, and courts can provide.

The dreamy, confused paradox of being alone in a vast crowd preserves some of the glamour that he needs to avoid becoming disgusted with vulgar reality. He writes that he cannot tolerate a love affair that lasts beyond a few months and seems to pursue political ideas as long as they are not yet capable of being fully formed. He is in love with embryos.

He resembles us, the twitter creatures: the online pseudo-dandies. I maintain that posting images, cultivating “aesthetics”, “esoteric” texts is all type of dandyism. It is the dandyism of those without access to money, the real medium for expression. Instead there is only image and imagination for packaging. La Rochelle ranks art below philosophy and religious study–it is vulgar, a part of the “cult of the concrete”, too specific and not of the universal and fundamental.

To make art and literature may come from the desperate urge to not be mute. To be seen and heard and to matter in even the slightest way. It is insufficient before reality and eternity, but La Rochelle lamented it as his recourse when his devotion to improvement waned.

La Rochelle wanted to matter, to be a man of action and to say something that would be heard–not in the literary sense, but as politics, as something that could move bodies and shape history. To make his stand was the closest he could come, and to honor the sense of obligation that history and reality were there around him. He collaborated “in order not to be elsewhere”.

In a capitalist society, as Groys tells us, what is not a commodity/can be commodified is mute. If we want to be heard we must have words to commodify. We require a glamour to draw interest, to not be a consumer and instead be a producer, even if we have no real talent or product beyond what we say. In this is also the classic artistic urge, to destroy yourself, to tear yourself up and mingle the pieces with more beautiful things–to be art.

“To aestheticize one’s own life, to see it as a form, means to see it from its end, from the perspective of death.”

Rochelle would certainly agree with that statement.

I put myself at your mercy. But I am sure of escaping from you in the long run. . I am sure of finding a place of my own, in time, in a distant future.

But, when the time comes, you must judge me in full. That is why I am here.

The final reason La Rochelle fascinates me is the contradiction between wanting to be absolutely still and in motion, to be alone and to be in the crowd, to be at the heart of the world and apart. It’s all childish, all cowardly (He describes his childish self as a prey animal, a skittish thing that runs at first sight of another). He can only stand in place when he knows he has marked himself for death.

His death is both his realest action and another escape. In his death the sweat and dirt is consecrated: fascist infamy is forever entwined with a cultured artist who is now contained and the container of an endless mob.

One thought on “In Order Not to be Elsewhere”